Dan Flynn: "Nobody Takes Better Care of Their Customers Than We Do" 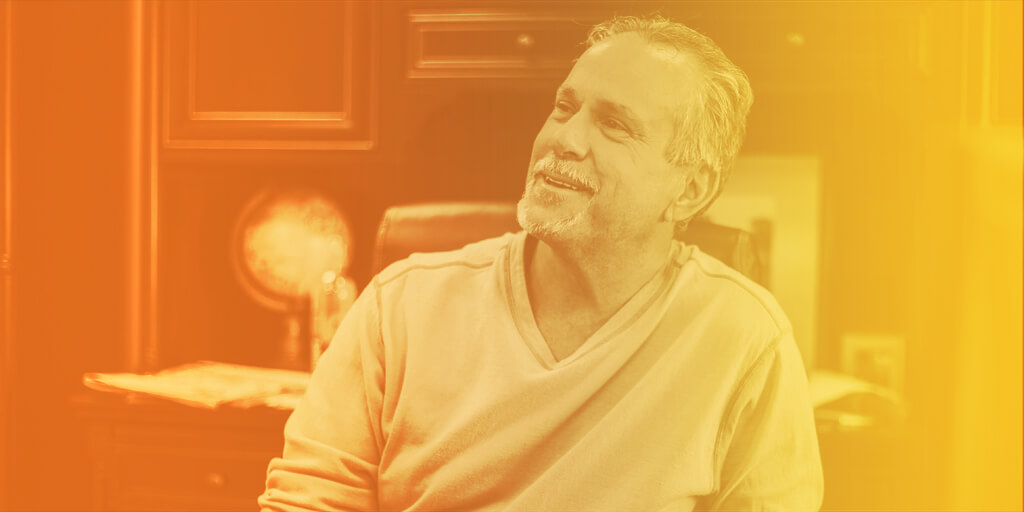 Dan Flynn (pictured above) joined Allied Wire & Cable in 1990 and serves as co-owner and co-president, was interviewed for Word on the Wire, a series celebrating Allied Wire & Cable’s 30ish anniversary.
My brothers, Tim and Mike, started Allied before I got involved. I was working for Texaco in South Florida, and Tim kept saying: “Come on up! Come on up! Let’s make this go.” I started when I was with Texaco, actually, doing outside sales and helping them get some sales down there. After about a year of that, I decided in 1990 to come up here [home to Pennsylvania] and … try to make a go at this thing.

Hand to mouth is the only way to describe it. Literally, I was making $200 a week. Tim was making $250 a week. We were both married. I had to live at my parents’ home for a year just to live off my ex-wife’s salary. We would get up, cold call all day and my parents would usually make us dinner. Then we’d go back down and do any billing. We’d go out to the garage, where we’d have a hand spooler on which we had to put a vice grip on the end of the thing, and that thing would be spinning at a couple of thousand revolutions. Every one of us—me, Tim, and co-owner Chris [Burke]—had bruises and welts all over our hands because that thing would smack you. If you get hit by a metal vice grip going 60 miles an hour, it hurts. We’d send outline cards, and then we’d get back at it in the morning.

The only day we did not work was on Sundays. We were working from 8 in the morning till 10 at night five days a week. We were working Saturdays from 9 to 3 or 4. You’d wake up in the middle of the night and start jotting down ideas next to your bed. It was literally never off; it was always on 24/7.

We were young, stupid, and full of piss and vinegar and were willing to sacrifice to try, but we never envisioned what we’d build. Our philosophy—Tim, Chris, and myself—was very simple. We knew we were sacrificing at that time in our lives when we could before kids came along and other things came along with the hope that we could build something. The thought always was, “If we take care of the company, eventually the company will be in a position to take care of us.” We had no idea what that entailed. … In my first year, we did $400,000 in sales. The next year, we did $1 million. The next year, we did $2 million. And then $4 million. Then $6 million. $10 million. That was the goal: We wanted to beat last year’s numbers. We wanted to grow at a 25-percent-plus rate. We would always have a celebration on Cash Day. Cash Day to us was when we finally got to be cash-positive against taxes from the year before. It was literally December 20. It was that tight. It was for years because we were putting everything back into growth.

One of the worst nightmares of Allied’s existence was when banks started requiring us to have a physical inventory done. At our Bridgeport building, we’d have massive—at the time, 10,000 square feet—warehouse space filled with material, and we didn’t know what it was. We didn’t put a value on it, but the banks wanted to know what it was. We had to do a physical inventory every year on that stuff. [The] Bridgeport [facility] was a 120-year-old munitions factory from World War I and World War II. It was dirty and nasty. We had stuff everywhere. We asked the sales representatives to give us two nights a week. We would start around Halloween, and it went through Christmas—sometimes New Year’s—with everyone giving us two nights a week. Tim, Chris, and I were doing four nights a week. We’d … physically count every item. You would be black from dirt and soot. You’d be blowing black boogies. It was disgusting.

We loved each other. At that time, I can honestly say, you were working with your best friends and people you loved. We laugh about a lot of this stuff—the rats and the dirt and stuff like that—but we did it. It was part of the price you were paying. We didn’t know any better. We had a blast. A lot of times, sales representatives Pat [Wilson], Mark [Berry], and Libby [Achenbach] and I will still talk about that. We miss a lot of that time—the camaraderie that we had and how much fun we could have. I still say to people: “I used to know everybody who worked for us—their story, who they were, their family. I knew it all.” We knew everybody and everything about them. We could joke and do stuff. … The bigger you got, the less intimate it got.

We hit our stride pretty good in Bridgeport [in the early 1990s]. It was great for us because there was this huge old plant, spread over buildings and floors, so when we needed an extra 5,000 square feet, we’d just get it. When we left there, we had 40,000 square feet, but it was in four different buildings and five floors. So when we got into Phoenixville, under one building, it exploded—and we knew it would. That enabled us to get a better eye on everything that was going on. 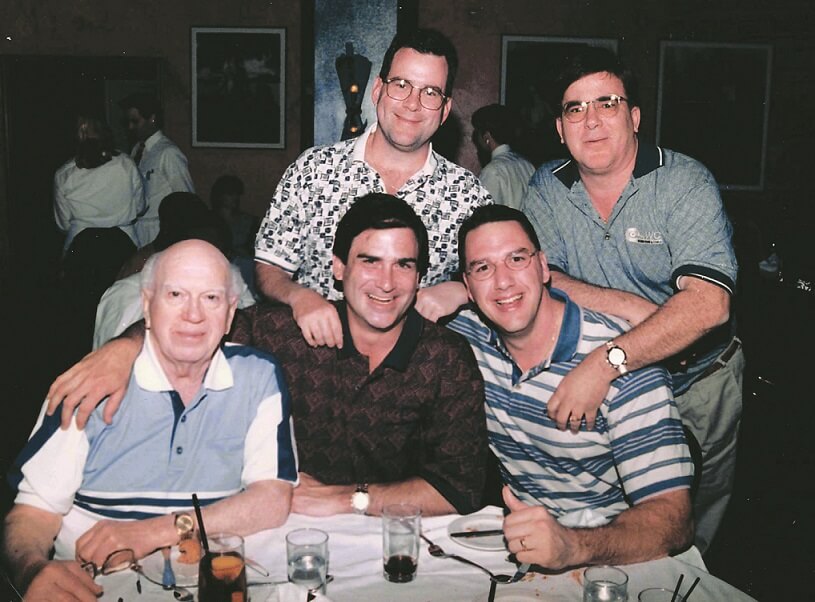 When we walked into [the] Phoenixville [building], it was 35,000 square feet, and we’re like, “We’ll never fill this up.” Four years later, we had to start building [the existing headquarters in Collegeville, Pennsylvania]. This was 80,000 square feet. “How long is it going to take to fill this?” A few years later, we had to put [a 21,000-square-foot] addition on. And then we had to buy another building and are renting another one. Plus, we bought [other offices and warehouses across the country]. What kind of cracks me up is when I step out of the conference room or kitchen and look down and see nothing but cubicles. Or when I go upstairs, which used to be pretty much empty except for IT, and see people everywhere. That really hits you. It’s like, “Wow!”

We’ve all heard stories about how other places are. I’ve been in hundreds of factories—both customers and vendors—and you see cultures that you like and think you’d like to emulate and other cultures where people don’t look like they’re having any fun or enjoyment. One thing I want [the Allied culture to have is for employees’] work and personal life to mix. It’s just as important for people to be as happy at home as they are here. If they’re happy at home, they’re going to be happy here. When we can mix in some fun, some light times—it’s all for the better. We’ve all got to be here longer than we’re with our families, so why make it staid and depressing? I’d rather people have a fun, talk, and have friendships.

Four of the first 10 customer accounts I opened up still buy from us today. That was in 1990, and two of them are in our top 100 customers. We’re all about relationships. Anybody can take an order. Anybody can just talk to somebody. We’ve always believed that what can differentiate us from anybody else is to have a relationship with the customer. Not just: “I’m servicing your account.” We try very hard to teach [our sales representatives] to be personal, to find personal information, and to be as friendly as they can. … If you ever heard some sales conversations, it was about: “How’d your grandkid do in the game?”, “How was the hunting trip?”, “How was the fishing trip?”, “Did your wife have the baby?” The last 30 seconds is about: “Oh, what do you need to get?” … Email and computers have killed relationships, to some extent.

We service the shit out of our customers. Nobody takes better care of their customers than we do. We give them faster turnaround times and more accuracy. We’re at 99.9991 percent accuracy. … Our goal is to be the best service company out there.

If there’s a job that has to be done around here, Tim and I have done it at one time or another. My job has evolved majorly from the point of having to be the disciplinarian for the company and running—not on an intimate basis—IT, Accounting, and doing all the legal stuff. At this point, I’m still intimately involved in Operations, Reviewing, Accounting, Purchasing, and still handle 25 to 30 Sales accounts that have been with me forever. I get my hands in everything but don’t do any one thing.