The FIRST Robotics Competition (FRC) is the ultimate sport for the mind,combining the excitement of sports with the rigors of science and technology.High school student participants call it “the hardest fun you’ll ever have,”and it is within the mission of FIRST Mid-Atlantic to promote and implement FRC programsfor the benefit of all teams within our region, spanning all of Delaware, New Jersey, andPennsylvania counties east of Harrisburg.

We at Allied Wire & Cable would like to congratulate all 128 FRC teams in the FIRST Mid-Atlantic District who competed in this year's game, and especially to those who competed at the World Championship in Detroit, MI April 24-27! Allied was a proud supporter of the organization, donating 1000 feet of CAT 5E cable for use at all 8 of their district events and the District Championship.Check out some of this season’s robot action on FIRST Mid-Atlantic’s YouTube channel.

This year, FIRST Mid-Atlantic was in need of longer Ethernet cables that are used to connect both ends of the competition field to the main Field Management System and used this as a teaching opportunity for some of the students. Two sets of equal length Ethernet cables were created and the additional cable was split into shorter lengths to be used on the practice field at the District Championship so that teams could connect to their robot radio. These cables will continue to be used throughout the year at off-season competitions within the district.

We would like to congratulate all of the teams on a great 2019 season, and wish them luck as they prepare for the upcoming 2020 season! 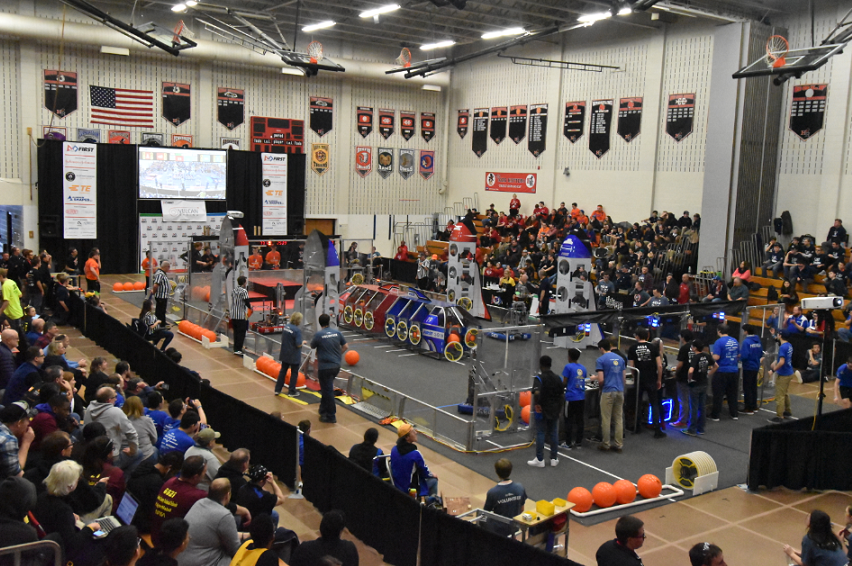